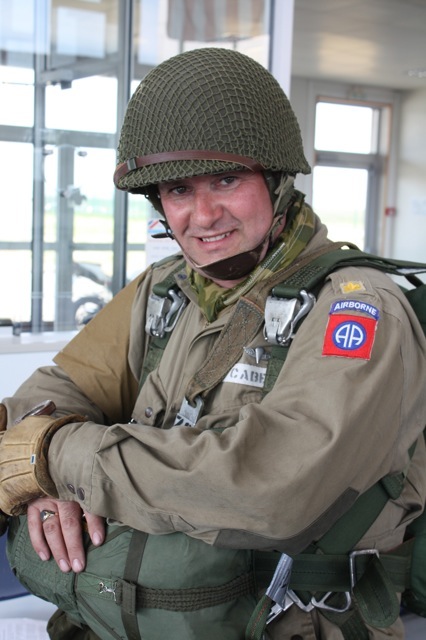 Host, Joe McCabe, is based in Carrickmacross, Co Monaghan and has had a passion for World War Two history from an early age. He has accumulated a considerable collection of Second World War artifacts as well as stories gleaned from veterans of that conflict on all sides. He has also visited a large number of World War Two battlefields and military cemeteries throughout the world. Joe has worked as a journalist for national and local newspapers for over 25 years and has researched the history of World War 2 extensively and written numerous articles on the subject.

A former Irish Army reservist, he holds a Dutch Army military parachuting qualification and is an active member of both the Irish based ‘Pathfinder Ireland’ and the French and U.S. based ‘Round Canopy Parachute Team’ which organises commemorative remembrance parachute drops onto historical battle drop zones mainly in France and Holland several times every year.  This is always in World War 2 uniforms and equipment and usually in conjunction with serving paratroopers of the airborne forces of many countries from around the world.

Joe is also a collector of WW2 military vehicles and has  participated in the making of several episodes of ITV’s 'Foyle’s War' supplying vehicles and assisting with historical military advice to those productions.

World War 2 and Ireland History Talks and Interactive Exhibitions also focuses on many of the soldiers and ordinary individuals from Ireland who fought in foreign armies and who were involved directly or indirectly in the Second World War worldwide. These fascinating talks and displays recount first-hand stories and experiences from that conflict that will amaze teachers/lecturers, students and enthusiasts alike utilizing a unique collection of original World War two equipment, artifacts and militaria.

Due to host Joe McCabe’s experience as a military commemorative parachutist over many years his presentations also gives a fascinating personal insight into the preparation, and planning involved which lead to actual military parachute jumps being staged as part of today’s annual commemorative festivities  in Normandy, Holland and other countries. This is to honour and remember the sacrifices and heroism of those who jumped onto those battlefields during the Second World War many of whom made the ultimate sacrifice.  So many of those were Irish born. 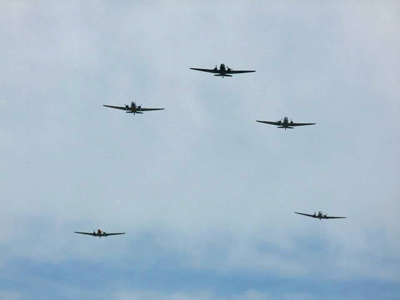